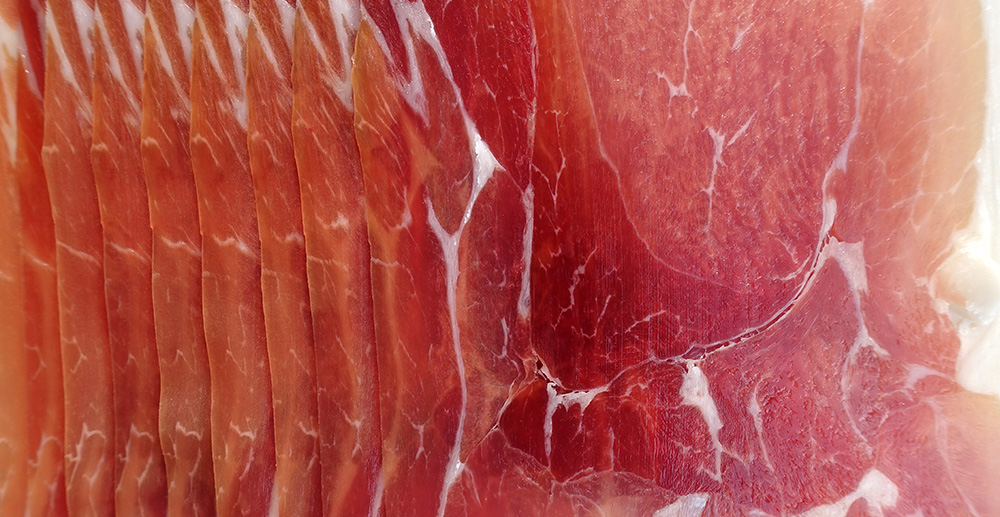 You can often bump into the problem of the preservation, above all if the cut is big and more time is required in order to consume the product. Although there aren’t precise rules, there can be some tricks that must be implemented in order to keep the product fresh and unchanged as long as possible.

A first advice can be to repackage the product vacuum-sealed whenever you slice a part; instead others suggest putting it wrapped in a slightly damp cloth or covering the part, which was sliced, with transparent foil, in the refrigerator.

As far as the duration of preservation is concerned, Parma Ham with the bone can be preserve until 12 months, in a space with a temperature included between 17-20°. Once you start to eat it, you can preserve Ham in the refrigerator for one month, always paying attention to the cut part and covering it with the transparent foil.

If Parma Ham is deboned and packaged, it can be preserved until 6 months in a conveniently refrigerated place between 4-8°.

Also the cut is essential in order to better taste Parma Ham.

First of all, once the pork rind is removed, it has to be degreased as you prefer: in this regard, it is important to remember that grease contributes to enhance the flavour of this salume too.

You don’t have to immediately remove all grease, but you have to, little by little, degrease it: grease in fact contributes to preserve the product.

Once the product is sliced, Ham has a colour, which goes between pink and red, interspersed by the white colour of fat parts. Moreover, it is delicate to the sense of smell and its flavour is sweet and peculiar.

Parma Ham has to be always cut with the slicer: every slice has to be thin as a piece of paper. If you buy it yet sliced, you have to ask that it could be cut at the moment, in this way you may be sure that the product is fresh and preserves its unique flavour.

How do you preserve sliced Ham? Remember that: if it is wrapped up in paper, it can easily squash because slices aren’t soft as just sliced and when you serve them, they don’t present a good condition. And vacuum-sealed is worse!

In our gastonomies, we put at the moment sliced cold cutin a bowl, where they can be preserved for some days in the refrigerator, without any increase of costs. It is a unique service on a quality level, to which we pay attention to because we would like our costumers to taste the flavour and the aspect of the just sliced salume on their table.