Comparison between Lambrusco and other wines 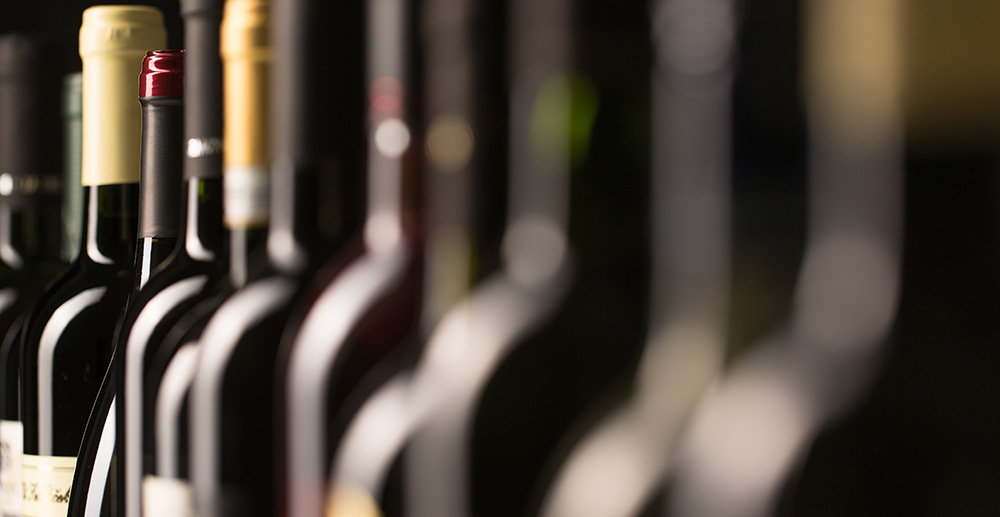 Merlot was born in Southwest of France, especially in the territory of Bordeaux. Thanks to its big ability of complying with different weather conditions and land conditions, the Merlot vine spreads out in many world parts with very different results.

In Italy its area of greater spread is Veneto, which includes the majority of CDO and CGDO.

It’s a wine with a ruby red colour with violet shades and fragrance of cherry and egriot. Merlot is very versatile in the combinations and fits well with every kind of meat, especially red meat, but also with courses based on porcino mushrooms.

Compared to Lambrusco, Merlot has a drier and flavour, pleasantly soft, with a slightly bitter or herbaceous aftertaste.

You can enter in the branch of sweet wines: Lambrusco in fact shows itself in the sweet and dried variation. The sweet variation has a ruby red colour tending to the light and a sweet flavour, fresh and harmonious, very fruity. It’s perfect in combination with strawberries, chocolate and sweets baked in oven.

Brachetto is a wine CDO of Piedmont, which is mainly produced in the area of Alessandria, Asti and Cuneo. Its sweet and delicate taste, accompanied by a thin and resistant “perlage” (that is the typical effervescence of spumante).

The differences between Lambrusco and Prosecco are many. First of all, Prosecco is a white wine, a Controlled Designation of Origin. It is produced in Veneto and in Friuli-Venezia Giulia and “glera” is the name of the vine that gives rise to this refined wine, typical of those regions.

According to the production process there are three typologies: prosecco spumante, sparkling prosecco and still prosecco or “calm”.

Calm Prosecco is a straw yellow wine, which can perfectly be drunk as a wine for the starters or for light first courses, thanks to its fresh and fruity flavour.

Muscat is very different from Lambrusco: it is a white wine with a sweet and aromatic flavour. It exhibits itself with a straw yellow colour and with an intense fragrance of fresh grapes, with scents of peach and white flowers.

For its high sugary content it is mainly recommended in order to accompany desserts.

Pinot Noir comes into the world from vines with black berries and it is one of the most refined and difficult wines all over the world.

The corner-stone of its production is Burgundy , where weather conditions and quality of soil let the proliferation of this kind of vine.

The name Pinot derives from the typical size of the bunch of this grapes, which is compact and closed and remembers a pine-cone. The grape has a thin peel, a modest ability of colouring, a rather low content of tannins and a rather marked sourness.

Pinot Noir is characterised by a clear sourness, strongly determined by its level of maturing and by its place where it was cultivated. However, because of its reduced content in tannins, the flavour remains balanced.

Wines, which are produced with cultivated grapes in areas where the climate is rather cold, are characterised by scents that can remember herbaceous and vegetal substances, such as mint, leave of tomato and dill. The fruity nature of grapes remains evident, also with scents of fruits such as cherry, raspberry, strawberry and blackberry. In the wines, which are produced in the areas where the climate is hot, the scents of fruit are very prominent. In some cases it is possible to perceive also egriot, blackberry and plums, so as floral scents such as rose and violet.

Pinot is excellent in order to accompany roasts of white meat, but also filets of fish, because it combines very well with many foods without covering also the most delicate flavours. It is better to choose dishes not too much elaborate or spicy, which could modify its fair flavour.

Chianti is a refined wine which comes into the world in the namesake region of Tuscany. It is included between the most well-known Italian red wines in the world and boasts of the CGDO recognition from ’80 years.

Chianti DOCG is produced using grapes of the Sangiovese vine for at least 75% of the total, followed by Canaiolo Nero and other such as Trebbiano Toscano and Malvasia del Chianti. Its colour is ruby lively red and its scent remembers floral fragrances of violet and wood violet.

Moreover it has a dry and slightly tannic flavour and it is especially suitable in order to accompany meats such as roasts, braised meats and game.

Champagne is a spumante produced with a classic method, famous all over the world. It takes its name from the region Champagne, placed in the North-East of France, where it is produced.

There are three vines that produce Champagne: two of them produce black grapes and they are Pinot Noir and Pinot Meunier, instead the third produces grapes with a with peel and it is Chardonnay.

Champagne is a spumante, which is made with a second fermentation in bottle, known as Champenoise method.

The ideal combination is with refined dishes: oysters, caviar, lobster, seafood, crustaceans, sturgeon’s eggs or truffle. In addition Champagne can be perfect also in combination with easier foods, as salmon, anchovies, eggs, rice and cheeses.

Cabernet Sauvignon is a precious and refined wine, which was born from the spontaneous intersection between Cabernet Franc and Sauvignon Blanc. It is mainly produced in Bordeaux, above all in Mèdoc and Graves.

It has a full and captivating flavour, with scents of licorice and spices. To the sense of smell it remembers the fragrances of undergrowth: blueberries, currants, blackberries and Alpine herbs.

It is a red tannic and fortified wine, with a sumptuous and harmonious flavour, but not delicate or faint. Furthermore it is perfect for great occasions, above all in combination with meat, ideal for barbecues of meat, foods based on truffle or first courses, which are fat and rich of flavours, but it doesn’t combine well with fish or salads.

Sangria is a fresh and thirst-quenching drink and it is appreciated above all by young guys.

The typical Spanish alcoholic drink takes its name from “sangre”, it means blood, because of its ruby red colour.

The ingredients, which are used in order to prepare Sangria, are red wine, fruit (apples, peaches, lemons and oranges), sugar and many aroma such as cinnamon and cloves.

Using Lambrusco as wine of base for the Sangria, you can offer to this drink a sparkling shade, that enhances its flavour. Try it!

Recipe of Sangria with Lambrusco:

Preparation: you have to wash, peel and dice the fruit, and then put it in a container where you have to add brandy and sugar; after you have to mix all and leave it to macerate for about 60 minutes.

In the next stage you have to chop lemons and oranges into wedges and put them aside with cinnamon, vanilla and cloves; in the terrine, where there are the citrus fruits, you have to add Lambrusco and gassosa, leave all to stand for some hour.

In conclusion you have to remove the spices from the container and add friut into wedges which was earlier prepared, mixing all and leave Sangria to cool in the refrigerator, covering it with a cover or transparent foil.